Shoppers were shocked this week when a 750g packet of Lurpak butter at Sainsbury’s fetched £7.25.

Jars of Danish spread have soared as the average cost of a 500g pack has risen 33% from a year ago.

Prices for other major brands have increased by 60%, so half of all baskets are now filled with own-brand items.

Experts even warn that our most recognizable branded foods could be a thing of the past as inflation soars and shoppers turn to cheaper alternatives.

We buy more private label food than anywhere in Europe, and supermarkets are spending hundreds of millions of pounds to expand their budget lines.

Consumer expert Martyn James said: “The cost of living crisis has killed brand loyalty. People won’t put up with exorbitant prices, especially when cheaper options are next to them on the shelves. 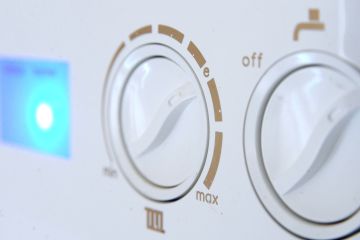 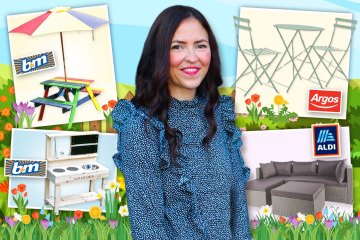 “With no end in sight to the cost of living crisis, branded products must adapt or disappear from the aisles.

Tesco recently pulled Heinz products from its shelves as it refused to pass on price increases to customers affected by soaring inflation. The companies finally reached an agreement on Friday to put Heinz products back on sale. Other major brands, including Warburtons, McVitie’s, Hovis, Kingsmill, Walkers and Cadbury, are also facing it.

Fraser McKevitt, of data firm Kantar, said: “Supermarkets make more money from own brand product than from one they buy from suppliers.

“Over the past year we have seen purchases of branded goods decline and own brand goods increased by 2.9%, boosted by strong performances from Aldi and Lidl, both of which have extensive directories of own brands. We may also see consumers turning to value ranges such as Asda Smart Price, Co-op Honest Value and Sainsbury’s Imperfectly Tasty to save money.

Analysts at NielsenIQ, a global data measurement and analytics firm, say branded grocery sales fell 5.1% in the four weeks to March 26. Private label sales fell only 1.9% over the same period.

Meanwhile, 38% of shoppers say they have already started swapping their tried and true brands for supermarket value ranges or cheaper alternatives in the past 12 months. A further 19% say they will “definitely” do so within the year and a further 28% will consider it, according to research by analytics and strategy consultancy BritainThinks.

Only 4% of consumers say they will “definitely” not trade their usual brands for cheaper products or budget ranges.

Another sign of the rise of private label can be seen in the changing market share of large retailers.

Aldi and Lidl, which rely on their own product lines for 90% of their sales, are now the fifth and sixth largest supermarket chains in the country.

They are attacking the big four traditional retailers – Tesco, Sainsbury’s, Asda and Morrisons – which hold 8.8% and 6.6% of the market respectively.

Ten years ago, the two Germany-based discounters had only a 5.5% market share between them.

Supermarkets are also increasingly investing in their own brand ranges. Last month, Asda announced the launch of Just Essentials, which it says is the biggest offering of budget basics on the market. The chain has invested £45 million in developing the range.

Even high-end M&S are investing in cheaper products. The retailer announced this week that it would lower prices for its Remarksable range and claimed to have invested more than £100million in its value items over the past three years.

Figures obtained by The Sun on Sunday also show how far we are leading the way across Europe when it comes to buying own brand products.

A study by Statista revealed that almost 50% of our purchases were under own brand, ahead of 43% in the Netherlands and 37% in Portugal. In Spain, this proportion drops to 25%.

Meanwhile, major suppliers continue to raise prices. Some pots of Kenco coffee are up 50% from pre-pandemic prices. Batchelors has increased the cost of Super Noodles by 60%.

Consumer expert Jane Hawkes believes that even loyal customers could eventually drift away from Heinz and other big brands.

She said: “Shoppers are doing everything they can to reduce the cost of a weekly grocery store.

“One way is to switch to a cheaper alternative or supermarket value brands. To retain customers, brands need to freeze or reduce prices, take the hit in the short term, and be the brands people can rely on in these difficult times.

“Failure to do so is short-sighted at best and fatal at worst.”

“Tesco is by far the biggest player in the market and is asserting its very powerful position. He wants suppliers to line up, but some don’t want to play ball.

“Supermarkets make more money with an own-brand product than with a manufactured product because, apart from anything else, the manufacturer has a higher cost.

“In a particular category, a retailer can invest more money in their own product.

“They are able to make a better margin by having a product with their name on it.

“And they can manage the supply chain without third-party companies.

“So there are various instances in the chain where they are able to save money and that trickles down to the bottom line in the form of a better margin.”

Richard had good news for recognizable labels, however.

HERE are just a few examples of how switching from big name brands to supermarket own brand products can save you money. Pop these versions into your cart – some of which are almost 80% cheaper – and you’ll have an extra £16.42 in your pocket at the end of the shop.