Pooja Dhingra is an Indian pastry chef who opened India’s first macaron shop specializing in macarons and a host of French desserts.

Whereas Sonam Kapoor is a gorgeous Bollywood actress and has won National Film Award and Filmfare Award. And had also appeared in Forbes India’s Celebrity 100 list based on her earnings and popularity.

The pastry chef and the lovely actress have always been friends. Today, Sonam Kapoor took to her Instagram and shared a series of photos with her best friend Pooja Dhingra. In the first pic, the two lovely ladies are seen eating delicious pastries while in the next, Sonam is seen hugging Pooja. Sonam also added an old photo at the end, which appears to be from their 20s.

Sonam wishing Pooja added, “Happy birthday my Poojie…Love you…Always be so kind, hardworking and creative…It inspires us all around you.” Sonam’s comforting wishes made Dhingra emotional. She responded with “Love Youuuuu Soo Much”. 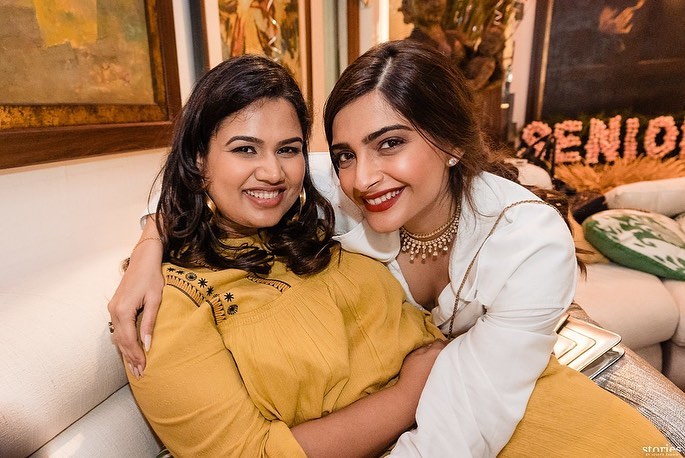 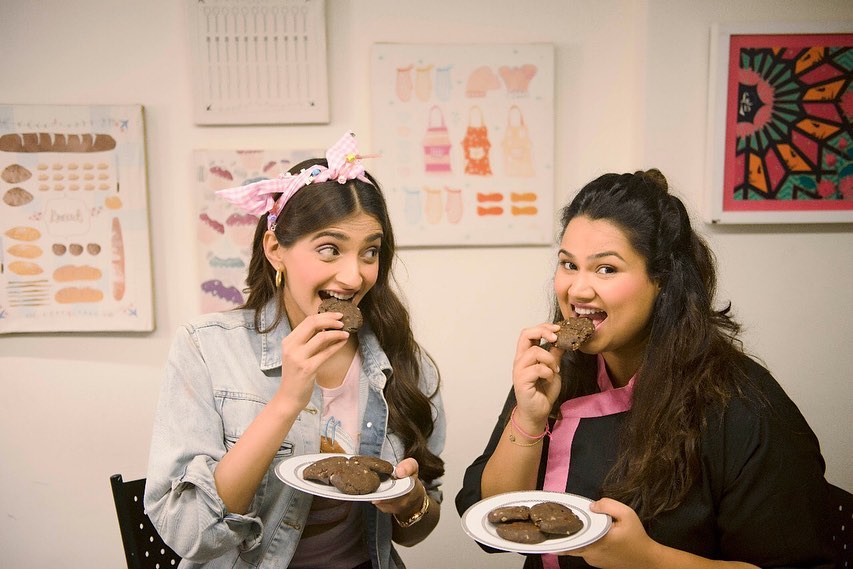 Talking about Kapoor’s acting career, she will soon be seen in ‘Blind’ – a crime thriller film directed by Shome Makhija and produced by Sujoy Ghosh. The film features Sonam Kapoor in the lead role with Purab Kohli, Vinay Pathak and Lillete Dubey in supporting roles. The film is a remake of the 2011 Korean film, also named Blind, and centers on a blind policeman on the hunt for a serial killer.

Let us know your thoughts in the comments section below and for more updates stay tuned to IWMBuzz.com