Like his Ukrainian compatriot Olia Hercules, Dinara Kasko uses food as a platform for peace. The pioneering pastry chef, who has won a place in the 50 Next list gourmet game changers for her unique cake creations, raises funds and awareness to support those who are suffering in her home country. 50 Best meets the internet sensation and sparks a baking revolution

In the first post, Dinara Kasko dazzles in scarlet lipstick, holding a striking heart-shaped cake in her hands. In the next, she huddles, makeup-free, in an underground bunker with her two children, aged three and seven. The stark contrast in her Instagram posts reflects how much the young Ukrainian’s life changed overnight when her country began to be bombarded by neighboring Russia. She was once a pastry chef famous for her brightly colored, architecturally rich cakes made from 3D printers; the next day she was a war refugee.

“On the evening of February 23, I went to a business meeting, then to a restaurant. We drank cocktails and everything was pretty ordinary,” says the 34-year-old, who now lives with her children in the north of England. The next morning she had to evacuate her home in Kharkiv, leaving her business behind. “I lost my studio; I lost everything.”

Kasko now uses Instagram, the platform she attributes to the resounding success of her career, to raise awareness of the ongoing war and raise funds for medical supplies and other equipment. Initially using her website to receive direct donations, she now runs giveaways, asking her 735,000 subscribers to donate small amounts for a chance to win one of her unique geometric silicone cake pans.

“We bought cancer drugs and other drugs, as well as equipment,” she says. “I continue to raise funds because the war continues in Ukraine and the people there need our help.”

Drawing on his background in architecture and design, Kasko creates unique and geometric cakes

Born and raised in Kharkiv in northeastern Ukraine, not far from the Russian border, Kasko has always had a keen eye, working as an architect and interior and exterior designer for eight years. At the same time, she began cooking and taking French pastry classes, and in 2015 she began making architectural cake pans as a hobby, garnering attention via social media and garnering a large following. audience.

“Instagram gave me everything,” she explains. “It was my platform; it was like television for me, so I had my own television channel.

Within a few years, she had turned her passion into a business and was selling her mass-produced cake pans in 100 countries, while teaching culinary art online to students around the world. She sells molds shaped like hearts, pineapples, bananas, coffee beans, origami creations and more, along with recipes for light-as-a-feather fillings flavored with apricot and grapefruit.

A pioneer in her field, she has inspired a new generation of home cooks and professional bakers, earning her a place among the Entrepreneurial Creatives, sponsored by Estrella Damm, of the 50 Next Class of 2022 – a list of people who shape the future of gastronomy. “It’s very important to have this award because it means that my work is recognized,” she shares.

But the war changed everything for Kasko and his team. Just before it started, she had invested $60,000 to set up an online shop for confectioners, with a large warehouse and over 100 kg of chocolate. When the conflict started, she donated ingredients to feed people in shelters as she fled Ukraine, traveling through Moldova, Romania, Portugal and many other countries before settling temporarily in UK. 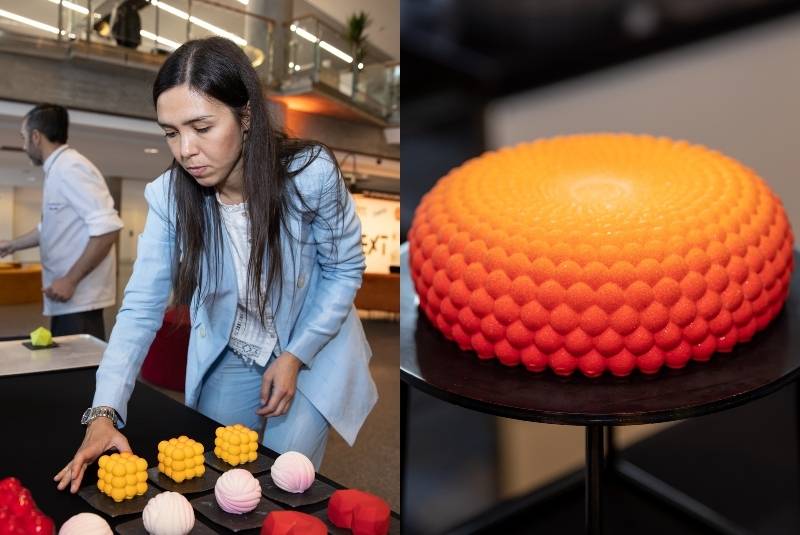 An ambassador for Ukraine

While she couldn’t work at first, Kasko and her team resumed operations, making new molds with warehouses in Poland and the United States. She showcased her unique cakes at the 50 Next celebrations in Bilbao in June 2022 and hopes to travel to France in September, representing Ukraine wherever she can.

“It’s important to share my creations, my cakes and the Ukrainian brand,” she says. “I am proud to be Ukrainian and I want to promote Ukraine as much as possible. I will not stop. I am very strong.”

Kasko is not the only Ukrainian to use food for war. Fellow 50 Next, Ievgen Klopotenko, feeds refugees and those who have left their homes while providing food to those fighting on the front lines. He was allowed to visit other countries as an ambassador for his country’s cuisine, and his campaign helped secure UNESCO Intangible Cultural Heritage status for the beetroot soup dish, borscht. .

Meanwhile, London-based cookbook writer Olia Hercules has raised over £1million for relief efforts after teaming up with longtime Russian friend Alissa Timoshkina. The duo won the 50 Best’s Champions of Change award for their work with the #CookforUkraine initiative. 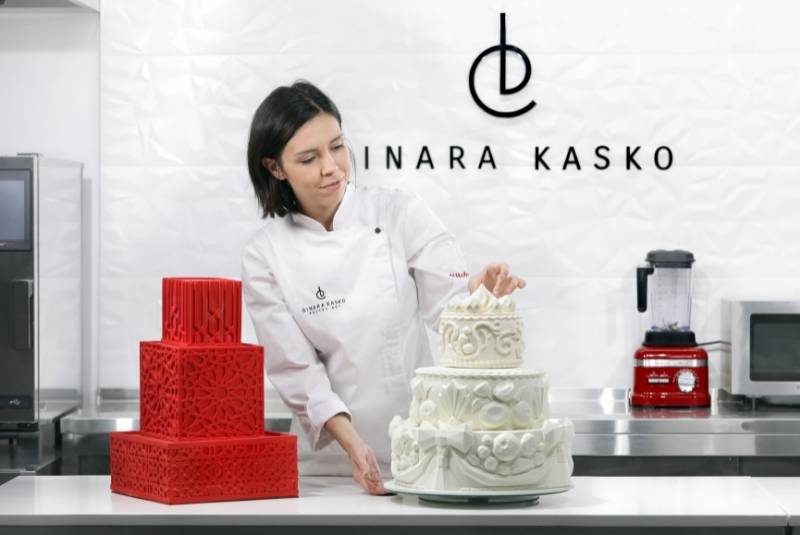 But Kasko is aware that global interest in Ukraine is waning as news channels cover less and less of the war. To keep people interested, she intersperses her posts about the conflict with videos and stories about her eye-catching cakes and online courses. Now she wants to make sure the media continues to cover her country’s plight, and she urges her fellow cooks not to forget about Ukraine.

“We need to talk about it,” she said. “All we can do is talk about it as much as possible, because the war has not stopped. News channels around the world have stopped talking about it, but we still have a war and unfortunately people are dying every day.

Kasko hopes to return to Kharkiv one day when it is safe to do so, but she acknowledges that day could be years away. In the meantime, you’ll find her baking cakes, teaching classes, and defending her country on Instagram.

Watch Dinara Kasko receive her award at the 50 Next event in Bilbao:

The 50 Next class of 2022 was announced during a live awards ceremony in Bilbao, Spain on Friday, June 24, 2022 – meet this group of young talents on the 50 Next Site. To be up to date with all the news and announcements, follow us on Facebook, instagram, Twitter and Youtube.